What is a Watershed?

A watershed is an area of land in which all the rain and snowmelt that flows to creeks, and streams, and rivers in that area drain to one eventual outflow point. Water wants to flow, and given the chance it will flow over land until it comes in contact with enough water to become a free flowing stream, or it will flow into the soil and become groundwater that will either resurface at a lower elevation or sink deep into an underground aquifer. So when we talk about watersheds we aren’t just talking about the rivers and streams, but also the surrounding landscapes that feed them. All that water that flows into streams and rivers eventually flows to one outflow point, and everything upstream of that is the watershed.

Watersheds come in all shapes and sizes. The be-all end-all outflow point is the ocean, but there are many creeks that flow into many streams that flow into many rivers along the way. Any and all of those creeks, streams, and rivers could be classified as their own watersheds with their own outflow points at their mouths. It’s a bit like a Russian nesting doll of watersheds. The USA has a standardized system of watersheds called Hydrologic Unit Codes, or HUCs for short. These are routinely used in any natural resources work to make sure everyone involved is using the same units of measurement, however other watershed boundaries can be defined if one wants to focus on a particular area of interest.

Given that all the water in a watershed flows to the same outflow point, it’s important that we do all that we can to protect these watersheds from their headwaters to their mouths because problems can compound and grow as they move through the watershed. This means that many small problems along the way can result in bigger problems downstream. Issues also don’t just move from upstream to downstream either. Many of our native aquatic species, such as salmon, move throughout our watersheds during different phases of their lives. These species often move upstream and bring important nutrients to these areas. It’s important that these species are not inhibited from moving upstream due to problems lower downstream in the watershed. It is for these reasons among others that the Curry Watersheds Partnership takes a watershed-scale perspective whenever possible to address issues and enhance our watersheds throughout the south coast. 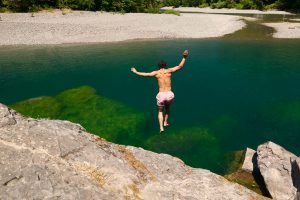 The Chetco mainstem is about 56 miles long with its headwaters and the first 28 miles of the mainstem located within the Kalmiopsis Wilderness. 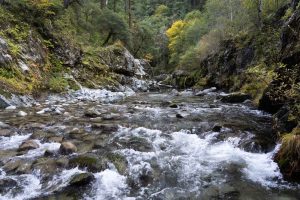 These smaller watersheds provide a myriad of diverse habitats for a large variety of species, and some are vitally important to the health and well being of the people of Curry County. 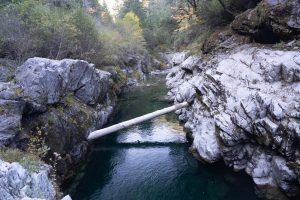 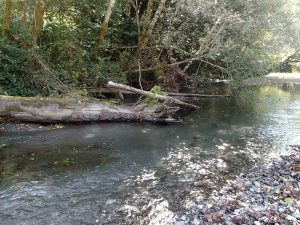 Euchre Creek is approximately 14 miles long and flows in a southwesterly direction where the Euchre mainstem empties into the Pacific Ocean at Ophir, Oregon. 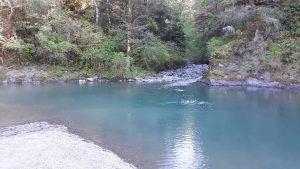 Flowing in a westerly direction Hunter Creek crosses Highway 101 and drains into the Pacific Ocean just south of the community of Gold Beach. 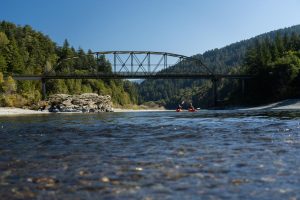 The Lower Rogue basin is 226,668 acres and empties into the Pacific Ocean at Gold Beach, Oregon. The basin lies entirely within the Klamath Mountains Physiographic province. 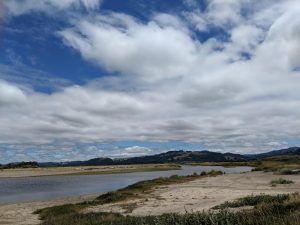 Floras Creek, a tributary of the New River watershed, drains approximately 81 square miles or 51,652 acres of land. Floras Creek is located primarily in Curry County with a small portion of the East Fork extending into Coos County. 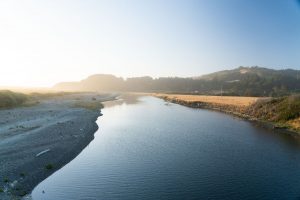 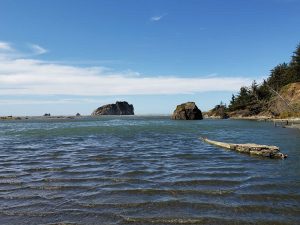 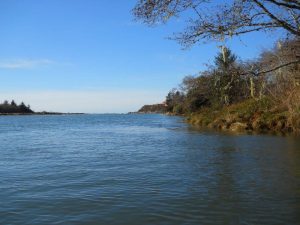 The Winchuck is situated primarily within Curry County with some subwatersheds extending into California’s Del Norte County including the South Fork, Middle Winchuck Mainstem, and Bear Creek.